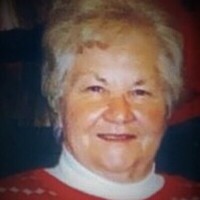 Shirley Ann Faye (Hanson) Anderson, 80, left this earth to join her Lord and Savior in Heaven after a courageous seven-year battle with cancer on July 1, 2021.

Shirley was born on November 16, 1940 to Gordon and Norma (Askelson) Hanson in Home Lake Township, Norman County, MN. As a young child, her father passed away. Her mother married John Bergeson a few years later. Together they were instrumental in raising her and growing her faith in God.

Shirley attended primary and secondary school in Twin Valley, MN. Before the start of her senior year, the family moved to Virginia, MN. After graduation, Shirley moved to Fargo and attended Interstate Business College and later worked in the banking industry.

On December 29, 1962, Shirley married the love of her life, Richard Anderson. They farmed near Cummings, ND for nearly 40 years. No stranger to hard work, Shirley was highly involved in the farming operation. She was well-known for driving sugar beet truck into her later years even after recovering from a broken hip and battling cancer. Shirley was known as a bit of a firecracker, both in work and in spirit. Together, Richard and Shirley sold fireworks post-retirement keeping ahead of many half their age.

Shirley was a skilled cook and baker. Her homemade buns and rye bread were family and community favorites. She was a wonderful hostess and loved to share both her home and goods with family and friends. She served her church and community in a variety of ways including Women’s Ministries, 4-H and Awana leader, and Homemaker’s Club.

Richard and Shirley lovingly raised two children, Kimberly (Bruce) Jacobson and Kent (Audra) Anderson. She was incredibly proud of her four grandchildren. Her eyes just sparkled when talking about or spending time with Morgan, Isaac, Kate, and Alexa. She loved spending time with them, attending their events, and keeping up on their activities.

Shirley and Richard traveled to Arizona spending time with both family and friends. They went on many adventures and brought home special items. On July 19, 2021, Shirley will be celebrating her upcoming all school reunion from heaven. She often spoke of her excitement about that upcoming day and the opportunity to see her long-time friends and classmates.

Special gratitude is expressed to the staff at the Hillsboro Sanford Medical Center for their loving and compassionate care of Shirley and her entire family.

Visitation:  Will be 5–7 PM on Thursday, July 8, 2021 with a 7 PM Public Prayer Service at the Baker Funeral Home Chapel in Mayville, ND and will resume one hour prior to the service at the church.

Funeral Service: Will be held at 1:30 PM Friday, July 9, 2021 at the Riverside Evangelical Free Church in Mayville, ND.

Burial: Will be in the Carlson Cemetery in Cummings, ND.

To order memorial trees or send flowers to the family in memory of Shirley Ann Faye Anderson, please visit our flower store.