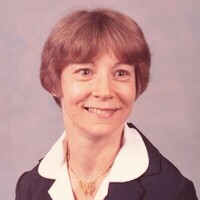 Sandy came into the world at 4 lbs. 13 oz. in St. John’s Hospital in Fargo, North Dakota on June 17, 1941 joining her parents, Avis (Linnell) Rosevold and Sidney Rosevold. Sandra was baptized and confirmed in the Christian faith. She attended school at the Anne Carlson School in Jamestown, ND and also the North Dakota School for the Deaf in Devils Lake, ND.

In 1951, on a hot summer day during haying season, a photographer from the National Geographic magazine captured Sandra and three of her siblings as they watched their father put hay in the barn on the family farm east of Mayville, ND. During the 1960s and 1970s, Sandra was a dedicated volunteer at the Luther Memorial Home in Mayville, ND. In 1970 Sandra was awarded the North Dakota Governor’s Citation for Meritorious Service with the inscription, “In recognition of your outstanding achievements which have demonstrated that a disability need not be a bar to a full life.”

For many years, Sandra spent winters in Mesa, Arizona with her parents, riding her three-wheeled bicycle and making friends wherever she went.

Sandra was preceded in death by her parents, Sidney and Avis Rosevold.

Visitation:  Will be one hour prior to the service at the Baker Funeral Home Chapel.

To order memorial trees or send flowers to the family in memory of Sandra A. Rosevold, please visit our flower store.