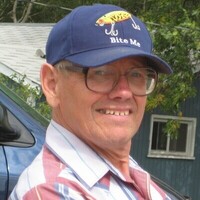 Ron was born on August 22, 1952 to Allen and Janice (Thielman) Langdahl. Ron spent his childhood growing up in the Page area. He graduated from Page High School and was a confirmed and lifelong member of Our Savior Lutheran church in Page.

Ron helped his Dad and Uncle Larry with the farming and was often seen on the lawn mower keeping the yard looking picture perfect. In 1978 Ron took a job with EEE Inc. of Page. He was the receptionist and would answer the phone. He got so used to answering it EEE Inc., that there were times he would answer his own phone at home that way. He worked for them until 2014 when health issues were making it harder for him. He loved that job, especially the kids that would stop over to visit him. He had a treat stash and the kids knew it.

Ron was very active in the community. He was president of the Jaycees for several years, he helped with the theater as the best popcorn popper there was. He was known for driving around on his scooter and collecting bags of pop cans from people to recycle them and donate the money raised to several causes within the community. He went through many can crushers. Ron also was in charge of running the concessions for roller skating that was held during the winter months. Ron never felt of himself as disabled. Nothing was going to stop him from doing what he wanted to, not even the snow. Ron never married or had children of his own, but many kids were treated by him, as if they were his own...

The family would love to thank the wonderful staff at the nursing home in Hillsboro for loving him and taking such good care of him. It became his second home.

The family is having a gathering on Saturday, August 22 at 11 AM on the Main Street of Page, ND, in front of the Page Theatre, in Memory of Ron.

To order memorial trees or send flowers to the family in memory of Ronald Langdahl, please visit our flower store.