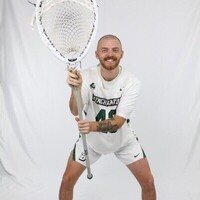 Robert had a passion for all things sports and outdoors. He spent time in North Dakota deer hunting with his dad, brother JJ, uncle Larry, and cousins.  He also spent time in Idaho hunting and being the only one in the hunting party to get an elk. Robert became a Cub Scout in South Carolina and continued with Boy Scouts until his family moved to Florida. He loved camping, hiking, and hanging with his friends.  Robert learned to long board in California, bombing hills around Poway with friends. Robert also loved to be at the beach and surfing, whether it was the oceans off California and Florida or what he truly loved, the lakes in Minnesota. Before the Martin’s bought their current lake home, they spent many days on the lakes and waterways in South Carolina and California, boating, tubing, and learning to waterski and wake board. Some summers, the family would sneak in some family time at Larry and Linda’s lake home on Lake Ida where Robert would continue with his love of water sports, fishing, the outdoors, and family.

Although Robert had a passion for all things sports, his one true love was lacrosse. He came home with his first stick when he was in fourth grade in Bremerton, Washington. Mom and dad had no idea what it was or how it would change their lives. He first played lacrosse in Poway, California in fifth grade and never looked back. His passion for and dedication to the game, his team, and his teammates were profound and contagious.  Robert was selected as the varsity First Team All-Conference goalie as a high school freshman at Poway. After his junior season ended early with major surgery, Robert was again selected for First Team All-League honors his senior year in Syracuse and earned a scholarship to play Division I lacrosse at Binghamton University in Binghamton, New York.

During the summers, Robert would coach youth lacrosse and give private goalie lessons. When you watched him coach and lead youth, his love language for the game and his team were very apparent. He was calm and cool until he hit the field, then Coach Rob would emerge; confident, talented, intense, animated, and passionate; and his kids loved him for it. Off the field, his love of lacrosse translated to a daily dedication to working out, lifting weights, practicing, and juggling, “because it was good for the hand-eye coordination.” Sending daily videos to his teammates or his brother of himself lifting, juggling, or practicing lacrosse in the off-season were a normal routine, especially when he hit a new personal record.

Robert was set to graduate from Binghamton in May and would have made an amazing coach, teaching others to love the game while leading and developing remarkable young people.

Robert is loved and cherished by many friends across the country; his parents Nathan and Peggy; siblings Libby and Jonathan; Aunts and Uncles Larry (Linda) Martin, Tom (Nancy) Capouch, Patty (Shawn) Ogburn, Vickie Moen, Penelope Martin; and many cousins. He also leaves behind his Syracuse family Walt and Kim Eccles and his Eccles brothers Casey (Tristan), Derrick, Sean, Matt, and Ryan. He is preceded in death by his grandparents Arthur and Maxine Martin, Wendy and Jean Capouch; and Aunts and Uncles Allan and Maxine Martin, DeWayne Moen, and Sue Reiser.

In lieu of flowers, please consider a donation to the National Suicide Prevention Lifeline, Same Here Global, Morgan’s Message, Give an Hour, or a charity of your choice to help with mental health and suicide prevention. Additionally, Peggy and Nathan are starting a nonprofit foundation in Robert’s name to open the dialog and raise awareness of mental health and help prevent suicide. We need to connect the dots and do better.

A Celebration of Life Service: Will be held at 11:00 AM Saturday, May 7, 2022 at the Norman Lutheran Church in Clifford, ND.

The celebration of life will continue at the home of Patty and Shawn Ogburn following the church ceremony and interment.

To order memorial trees or send flowers to the family in memory of Robert Charles Martin, please visit our flower store.