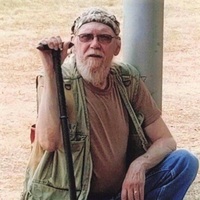 Peter Donald Sather was born February 27, 1958 to Roy and Arlene (Haskins) Sather in Fargo, ND.  He grew up in Halstad, MN, graduating from Halstad High School in 1976.  He was baptized and confirmed at the American Lutheran Church in Halstad.  Peter began working for CHS, formerly known as Agway in Grandin, ND in August of 1978 where he remained employed until health reasons prevented him from continuing in December of 2020.

On July 30th, 1999, Peter married Carla Reynolds.  They made their home in Grandin.  Peter will be remembered by many for his love of camping, the Simpsons, fireworks, his affection for cats and the enjoyment he got celebrating Halloween with outlandish costumes and Halloween fireworks.

Per Peters wishes, no service will be held.

There are no gallery images.

To order memorial trees or send flowers to the family in memory of PETER SATHER, please visit our flower store.