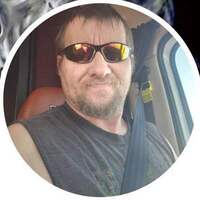 Peter grew up in Sundown Manitoba. He married Molly Conaway in August 2008 in Troutdale Oregon.

Peter spent 18 years as a long haul truck driver for R.S Harris transport out of Winnipeg Manitoba he drove all 50 states and in Canada. Peter enjoyed fishing, karaoke, going to museums and spending time with friends and family. Peter was an avid model ship builder along with a WWE fan. He loved traveling and seeing new sites.

In lieu of services donations can be made to the American Cancer Society.

To order memorial trees or send flowers to the family in memory of Peter John Hirschfield, please visit our flower store.