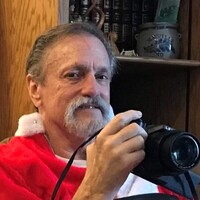 Paul was born on January 9, 1948, in Hastings, Nebraska. He grew up in Wheaton, Illinois, where he also attended Wheaton College. Paul joined the Air Force, and was stationed in Florida. After he was honorably discharged, he stayed in Florida to work at NOAA (National Oceanic and Atmospheric Administration). He was transferred to NOAA in Colorado. After that, he went to work in research and development at Oregon State University. It was during this part of his life that he met his wife, Nancy, and her two daughters, who quickly became his as well.

Nancy and Paul married on April 6, 1985. Next, he moved his new family to Boulder, Colorado, to work at the University of Colorado. Finally, he was able to start his own company (Sensit) in Longmont, Colorado. This is where he and Nancy raised their children, until they relocated the family and company to Portland, North Dakota, in the fall of 1993. In addition to running his company, he was a professor of Physics, at Mayville State University. Paul sold his company, and was able to retire, in 2015.

Paul had many interests. He loved gardening, and raised an awesome greenhouse in his backyard. He loved his family and his animals (dogs and cats). He also loved bird-watching and photography. Paul enjoyed jazz music, and taught himself how to play the bass guitar. He also taught himself how to fly his Ultralight plane. Paul loved putting together and flying model airplanes; he loved science and UFOs. He even designed a parabola, for NASA, that is currently still orbiting in space.

A celebration of Paul’s life will be held later this summer.

Paul will be laid to rest in the Fargo National Cemetery.

To order memorial trees or send flowers to the family in memory of Paul H. Stockton, please visit our flower store.