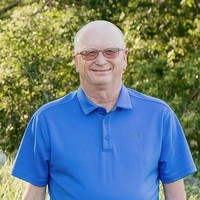 Mike was born December 18th 1954 to Marlowe and Avis (Gisvold) Workin. Michael was baptized and confirmed at Elm River Lutheran Church in Galesburg ND. He graduated high school from Clifford-Galesburg in 1973.

Mike married Judy Erickson of Page ND on October 21, 1983 at Our Saviors Lutheran Church in Page ND. They have four children and five grandchildren. Mike started farming at a young age with his dad, where he continued to farm until retiring in 1997. He then started his second career of 20 years at Farmers Union Oil in Portland ND. His job duties included but were not limited to: visiting, overseeing the card games and building long lasting friendships.

Mike was an avid sports fan. After participating in sports throughout high school, he went on to play softball and thoroughly enjoyed playing in the “Old Pro” softball league. Mikes pass time included riding his Goldwing motorcycle with family, cheering for his favorite football team the Minnesota Vikings, camping at Larimore Dam and sports of all kinds, especially ones that included his kids and grandkids.

Mike is preceded in death by his parents.

Visitation:  Will be 5–7 PM with a 7 PM Public Prayer Service on Friday, December 27, 2019 at the Baker Funeral Home Chapel in Mayville, ND and will resume one hour prior to the service at the church.

Burial: Will be in the  Elm River Cemetery in Galesburg, ND.

To order memorial trees or send flowers to the family in memory of Michael Paul Workin, please visit our flower store.