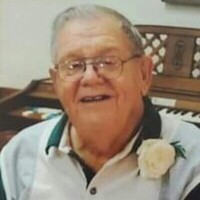 Laurel Duane Jorgensen, 85, Mayville, ND, gained his wings January 9, 2022 and is in heaven with his beloved wife, Arlene (Fiskum) Jorgensen.

Laurel was a very busy man. He drove truck for Hanson Transport and AH Newman. On December 27, 1956 he was united in marriage to his beloved wife, Arlene. He was a Police Officer for the City of Mayville for almost 17 years and was also a fireman for 10 years. After retiring from police work, he went to work as a security guard at American Crystal Sugar. Laurel was a member of the National Tug of War, winning the National Tug of War 3 years in a row.

He loved his family and friends with all of his heart and was a very strong believer in God.

To order memorial trees or send flowers to the family in memory of Laurel Duane Jorgensen, please visit our flower store.