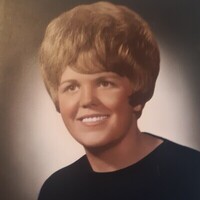 Juliann was born February 11th, 1947, to her parents, Walter and Dorthy (Barenscheer) Osland. She grew up on a rural homestead along the outskirts of Mayville, ND with her four brothers, John, Richard, Walter Jr., and Doug. After high school, she pursued further education in Mayville and graduated from Mayville State College with a teaching and librarian degree. She then moved to Ashley, ND where she was a librarian and teacher for a brief period before moving back to her hometown.

Juliann married the love of her life, Ira Wendell Garrett, on June 28th 1969. Together, they were blessed with five wonderful children and lived on a peaceful farm southeast of Mayville. Juliann was a master in the kitchen and often took meals out to the fields to feed the hungry, farming crew.   Later in life, she spent a great deal of her time with her generous cooking and baking.  Every holiday was filled with the rich, savory foods she crafted. Her grandkids always looked forward to their sporting events because she made sure to bake enough treats to feed everyone on the bus twice over.  She also made sure to pass on the love of cooking and baking with her many family members, sharing with them her secrets and skill.

If she wasn’t enjoying her family or spreading the love of her cooking and baking, Juliann would be spending spare moments crafting her next project.  She was a gifted woman who could create endlessly, from beautiful silk flower arrangements to ceramics to sewing anything and everything with the right fabric in hand. One of her final crafts was quilting and cro-hooking enough blankets for her many great grandchildren to come.

Juliann also had a great love for flowers and a nifty green thumb.  During the precious months outside, she would spend hours carefully tending to her flower gardens and mowing her yard. She enjoyed the sun and watching the nature around her.

Personally, Juliann was a strong believer in faith and was dedicated throughout her life to serving the Lord through her church and numerous organizations, including ELCA, WELCA and AAUW.

Outside of the home, she could often be seen at nearly every school event supporting her kids at their sports and activities. Years later, she kept up the same fiery stamina for her 21 grandkids throughout their many activates. She was a proud mother, grandmother, and great grandmother and always expressed it so.

Juliann held a fierce love for her family and lived a generous, compassionate life.  She will be greatly missed and loved forever by all her family.

“No one is truly lost if not forgotten.”

Visitation:  Will be 5–7 PM on Tuesday, April 5, 2022 with a 7:00 PM Public Prayer Service at the Baker Funeral Home Chapel in Mayville, ND and will resume one hour prior to the service at the church.

Funeral Service: Will be held at 10:00 AM Wednesday, April 6, 2022 at Mayville Lutheran Church in Mayville, ND.

To order memorial trees or send flowers to the family in memory of Juliann M. Garrett, please visit our flower store.