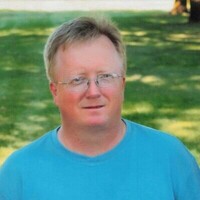 Jeff was born January 31, 1965, to Marlowe and Avis (Gisvold) Workin at Union Hospital, Mayville, ND. He was baptized and confirmed at Elm River Lutheran Church in Galesburg, ND. He graduated High school in 1983 from Clifford-Galesburg Public School.

Jeff and Cathy (Martin) were married November 1, 1986 at Elm River Lutheran Church. They have two sons, Andrew and Landon. Jeff and Cathy made their home in Fargo, ND from 1986 - 1993. In the spring of 1993, Jeff moved his family to Hatton, ND accepting a position with Ole and Lena's Lefse and Pizza. They grew to love Hatton and have become a big part of the community. They have made Hatton their home for 27 years. While living in Hatton, Jeff served on the park board, city council, and was a member of the Flyer/Thunder Booster Club. He was also a proud member of NDSU Teamakers. To know Jeff, was to know the Bison.

After working on the family farm, and attending college, he pursued a career in wholesale sales. He worked for several companies, most recently for Beverage Wholesalers based in Fargo, ND. Jeff made many friendships and acquaintances on his routes. His friendly and engaging personality will be missed.

Jeff was passionate about all thing's sports, and he wove that interest into his family activities. From playing sports himself, to watching his sons compete from an early age. Jeff continued to support the high school football team by being a part of the chain crew for the past many years, to date. Jeff, himself played basketball, baseball, softball, bowling, and golf. With trophies to give him bragging rights, including the 2009 Hatton Open golf tournament.

Jeff is preceded in death by his parents and brother Michael.

Visitation:  Will be 5–7 PM on Monday, January 3, 2022 with a 6:30 PM Public Prayer Service at the Baker Funeral Home Chapel in Mayville, ND and will resume one hour prior to the service at the church.

Burial: Will be in the Elm River Cemetery in Galesburg, ND.

To order memorial trees or send flowers to the family in memory of Jeffrey Todd Workin, please visit our flower store.