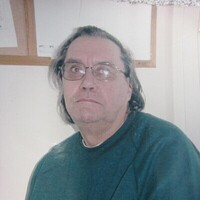 Gary was born on April 14, 1942 to Laurence and Jean Henderson in Erie, ND. He attended Sunday school at the Erie Presbyterian Church. Gary survived a serious illness at the age of 15 and lived a long and productive life. He attended and graduated from Erie High School in 1961.

He farmed with his father and brother near Erie, ND all his life. Along with farming, Gary collected cast iron implement seats. In October of 2013, he moved to The Meadows on University in Fargo.

He was preceded in death by his parents; 3 sisters: Marjorie (Warren) Rieke, Audrey (Woody) Johnson and Dolores (Melvin) Kinslow; a niece: Jeanne Holden and a nephew: Doug Kinslow.

Memorials: May be directed to the Erie Cemetery or charity of donor’s choice.

Graveside Services: Will be at noon on Friday, September 11 at the Erie Cemetery in Erie ND.

To order memorial trees or send flowers to the family in memory of GARY HENDERSON, please visit our flower store.