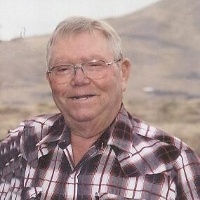 Alton Allen Anderson, age 77, was born September 17th, 1941 and died due to a farm accident on July 12th, 2019. He was the third of four children born to Clarence and Opal (Smith) Anderson of Clifford, ND. He attended elementary and high school in Clifford, ND where he was one of the 1959 graduating class of 7. Sports, music, and attendance of Norman Lutheran Church were prominent in his upbringing.

Over the years, in addition to farming and ranching, he also worked running heavy equipment and driving semi-truck. He helped create livestock water holes as a dragline operator, drove semi-truck hauling grain, and he retired after 23 years of service from the Traill County highway department.  He also owned and operated his own business, doing road maintenance and backhoe work during much of this time in and around the Clifford area.

Much of his life surrounded his love of animals and farming. His family raised dairy and beef cattle, as well as having horses to ride or work as a pulling team. Later while raising his own family, there were assorted fowl, pigs, cows, and horses. He leaves behind a small herd that continued to be his pride and joy while providing beef to his friends and family.

Alton was a past member of 4-H, the Clifford Volunteer Fire Department, the Norman Lutheran Church Council, and was currently on the board for the Luther Memorial Home. He served in the National Guard in the early 1960’s, and was an active member of the Galesburg American Legion Post #210.

He was preceded in death by his parents; brother-in-law: William Porter, and wife: Marilyn Anderson.

The family would like to thank the emergency response members of West Traill Ambulance, Portland Fire Department, Traill County Sherriff Dept., ND Highway Patrol, and many friends and family during this unexpected time of loss. Words alone cannot convey our feelings of gratitude and love.

Visitation:  Will be 5–7 PM with a 7 PM Public Prayer Service on Wednesday, July 17, 2019 at the Baker Funeral Home Chapel in Mayville, ND and will resume one hour prior to the service at the church.

To order memorial trees or send flowers to the family in memory of Alton A. Anderson, please visit our flower store.