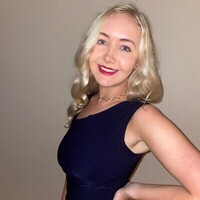 Ahna was born in Marshfield, WI on June 19th, 2002 to parents James and Wendy (Garrett) Mehus. Ahna shared the same birthdate with her Grandpa Wendell. Ahna and her family moved to Mayville, ND in 2004.  Over the next few years, the family grew larger and larger. Ahna had two older siblings, Chantz and Haley.  Eventually, Ahna had four younger siblings as well, Noah, Tatum, Zoey, and Mia.

Ahna was a very happy and busy little girl. She was quick to help with cleaning, organizing, or directing traffic for siblings. She was her mama’s little shadow. As a child, Ahna spent thousands of hours with siblings and cousins riding bikes, making forts, and playing with dogs. She spent endless summer days with siblings, cousins, grandparents, aunts and uncles at the Minnesota lakes. There were very few family gatherings that Ahna would have missed as a child. Gatherings usually involved dozens of cousins as well as tremendous amounts of laughter and food.

As Ahna became an older child, she and her younger sister Tatum participated in gymnastics in Fargo along with their cousins and friends. By middle school, Ahna became interested in the running sports. She was involved with cross country and track programs through MPCG. Ahna became a fierce competitor in running, commonly running with foot and ankle injuries. As Ahna became one of the older team members, she became the glue that kept the team morale cohesive especially for the younger kids. Many family trips were spent going to state cross country and track meets.

Ahna was very intelligent and did well in high school. Despite a good number of friends that wanted to spend time with Ahna, as high school was nearing the end, she became more private. Closest family started having more concerns about Ahna’s happiness as she graduated from high school.

In the fall of 2020, Ahna went to UND. She met some wonderful young people at UND and she loved her new friends in the dorm. This would have been Ahna’s happiest time in the last four years. As COVID restrictions started to restrict college classroom time, Ahna eventually transitioned to online education and moved back to her home in Mayville.  Over the next months, isolation and sad spirits prevailed.

Ahna had a close bond to her older sister, Haley. In the fall of 2021, Haley and Ahna packed the car and moved to Naples, Florida to try a new start on life.  Ahna loved the beach and ocean. Haley got a job and Ahna continued online education. Unfortunately, over the ensuing winter months, Haley became increasingly worried about Ahna becoming increasingly more despondent. Ahna moved back home to Mayville in the spring of 2022 and became roommates with her little sisters. Zoey and Ahna could be heard late at night giggling and telling stories. She did make an initial attempt again with medications to help with depression but then went off of medication again and things slowly got worse.

Ahna very much enjoyed her private times going on long walks or runs with her music. She developed a fondness for Korean movies and Asian culture.  She loved to plan her own healthy meals including Kimchi, and exercise routines.

On April 23rd, 2022, Ahna took her last stroll along the Goose River. She left her life on that day and despite all heroic measures, she would not come back. She was stubborn that way. She will be loved by everyone who knew her.

Ahna was proceeded in death by her infant sister, Dominica Mehus and her grandparents, Wendell and Juliann Garrett.

“To know Ahna was to love Ahna” You have filled my heart with greater joy-Psalm 4:7

Condolences and memories can be shared at www.bakerfuneral.com

To order memorial trees or send flowers to the family in memory of Ahna Mehus, please visit our flower store.