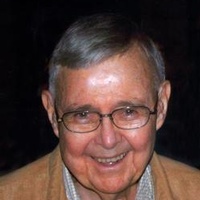 Tom Brendsel, 81, passed away November 30, 2015, in Ft. Lauderdale, Florida, from pneumonia and septic shock. Thomas Andrew Brendsel was born to Ione (Grinager) and Ingebrigt (“Inky”) Brendsel on May 19, 1934, in Mayville, North Dakota. In grade school and high school, Tom was very involved in music, playing baritone in band, singing in the choir, and competing in many music contests. After graduating from Mayville High School in 1952, Tom continued his education at Luther College, his father's alma mater, graduating with a BA in science in 1956. Like his father, Tom had played in the Luther College Band, and he also sang in the Nordic Choir. After completing his Masters degree at Vanderbilt University in August of 1957, Tom returned to Luther to teach for 2 years and also taught in Milwaukee, Wisconsin, before pursuing additional degrees at Harvard Graduate School, 1962-1963.He earned a Master of Education degree from Boston U in May of 1992. In 1964, Tom moved to Bad Kreuznach, Germany, to teach for the dependent schools and then to Karlsruhe, Germany where he taught for many years. Tom spoke German fluently, which had been a goal of his when he moved to Germany. While teaching for the dependent schools, Tom met the love of his life, Nancy Hart, who had taught in Japan before moving to Germany. They were married in 1971. They enjoyed many years in Germany, traveling to all their favorite places. Always the musician, Tom was hired by the Karlsruhe Opera Company in 1973, singing with that company for 7 years. Many of Tom & Nancy's family members visited them in Germany. Tom was an excellent tour guide and host. Tom and Nancy retired to Fort Lauderdale, Florida, in 2000, where they enjoyed many years together attending concerts, traveling, gardening, swimming, entertaining family and friends, and many other activities. They visited family often at the cottage on Lake Melissa and also in Mayville and Minneapolis. Tom was a wonderful brother and uncle. Tom is survived by his wife Nancy, his sister Bev (Hefte), his brother-in-law Art Hefte, and 2 nephews, Scott and Todd Hefte of Minneapolis. Tom was preceded in death by his parents and his brother Bob. Funeral Service: 10:30 AM, Wednesday, June 8, 2016, at the United Church of Christ, Mayville, ND. Burial will be at the Mayville Cemetery, Mayville, ND.
To order memorial trees or send flowers to the family in memory of Thomas Andrew Brendsel, please visit our flower store.